Melissa has over 14 years’ experience, (of which 10 years were spent in St. James’s Hospital Dublin) specialising in GI function testing. During her ten-year career in St. James’s Hospital, Melissa took a keen interest in Small Intestinal Bacterial Overgrowth and completed a Masters of Philosophy research project in conjunction with the Department of Surgery. Melissa now works full-time in Gastrolife as a Senior Gastrointestinal (GI) Physiologist.

Melissa is a fully accredited GI Physiologist and is a member of both the Irish Institute of Clinical Measurement Scientists and The British Society of Gastroenterology.  Melissa has multiple publications and has presented her research at both national and international conferences. Melissa was awarded the RES MED/PEI award in 2008 by Technology University Dublin for her outstanding academic achievements. 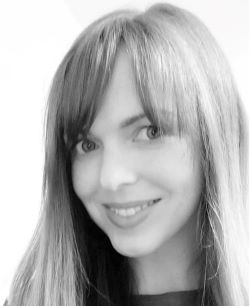 Founder and Director of GastroLife

Member of the Irish Institute of Clinical Measurement Physiology

Member of the Medical Advisory Board for Bedfont Scientific Ltd

The medical advisory board has a number of Key Opinion Leaders (KOLs) in the respiratory world to help raise awareness and educate about the benefits of breath analysis for medical applications.

Gastrolife were delighted to win Bronze in the MedTech Category at this years National start up awards sponsored by Enterprise Ireland. There was a total over 900 entries.

Melissa Dooley from GastroLife was awarded an All-Star Accreditation at the All-Ireland Business Summit 2017 hosted in Croke Park.